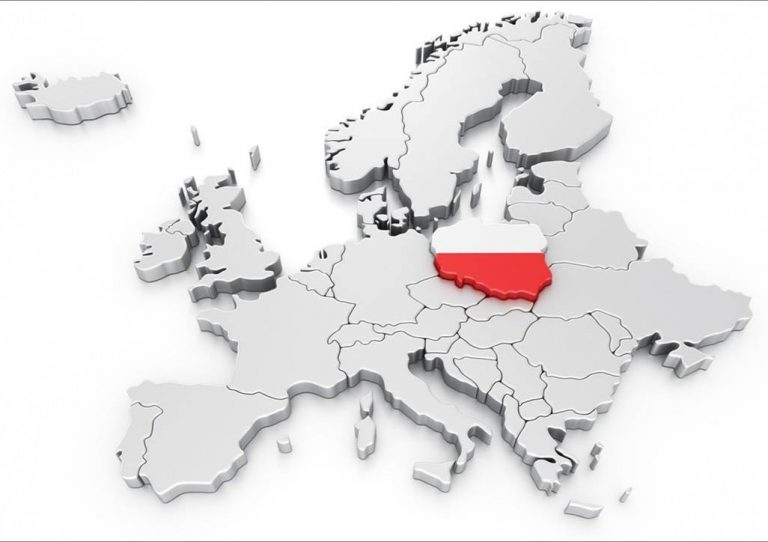 Poland is in the heart of Europe.
The history of the country is interesting and symbolic. Once the largest state in Europe during the Polish-Lithuanian Commonwealth, whose tolerance attracted significant immigration from closer and further afield, it then ceased to exist on the maps of Europe for a total of 123 years. Today it is a fascinating country well worth a longer visit.
Located in Central Europe, Poland is the sixth most populous member state of the European Union. Due to its geopolitical location the country connects the East with the West of Europe in cultural, political and economic dimension. 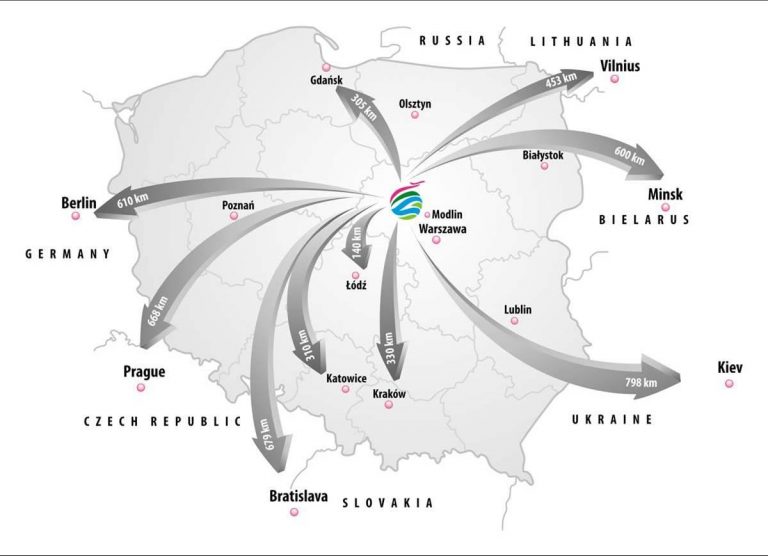 Warsaw is in the heart of Poland.
Warsaw is the largest and the most renowned and vibrant city in Poland, with rich history and a lot to offer to visitors.
Warsaw, the capital of Poland located at the heartland of the amazing Mazovia Province with a population estimated at nearly 2 million residents, is one of the most dynamic metropolises in Europe. Once known as the Paris of the East, Warsaw is a city of astonishing contrasts, with its historical roots deeply embedded in multiculturalism and multilingualism. Split by the Vistula River, Warsaw has two sides with different atmospheres and attractions. Warsaw’s downtown, located on the west side of the Vistula River running through the city, is the center of business, art, entertainment, shopping areas, fine restaurants, museums, theatres, cinemas, galleries, skyscrapers, bars and hotels. Being a center of research and development, Warsaw’s downtown makes a perfect location for international scientific and economic events, conferences and conventions of various sizes. The glamorous west riverbank is bustling with energy and activity, whereas the Bohemian Praga districts on the east bank offer numerous attractions off the beaten track, alluring tourists to taste their unique atmosphere, to admire their innovative street art and to visit alternative theatres.
Warsaw offers a wide range of tourist attractions. The picturesque Old Town with the Royal Castle, the Sigismund’s Column and many beautiful squares, reconstructed after World War II, was designated a UNESCO World Heritage Site. Delightful teahouses and cafes with a cozy atmosphere make an ideal place to relax during discovering the oldest part of the city. Having survived Poland’s partitions, the Wilanów Palace reminds of the country’s turbulent history. One of Poland’s most important monuments hosts interesting events and concerts such as Summer Royal Concerts in the Rose Garden. In the astonishing Łazienki Park (Royal Baths Park) visitors can listen to free Chopin concerts every Sunday during the summer. The historic park offers plenty of green space to relax and jogging paths. An interesting way to experience Warsaw is to explore a few of the interactive museums, including the Warsaw Uprising Museum, the Museum of the History of Polish Jews and the Copernicus Science Centre, the largest science center in Poland, standing on the bank of the Vistula River. Warsaw is the seat of the National Museum, the Warsaw National Philharmonic Orchestra and the Great Theatre-National Opera, the largest in the world. All the sites mentioned above are quite well connected to each other (bus). The charm of Warsaw lies in its energetic inner life. Exploring Poland’s capital includes visiting the vibrant Vistula boulevards with a restaurant on a barge, enjoying the sunshine on a tropical beach on the Vistula River, tasting the finest chocolate in E. Wedel Chocolate Lounge, the historic location of the famous Wedel chocolatier, or… visiting the skiing station in the middle of the city (Górka Szczęśliwicka). Being a city full of surprises, Warsaw is worth a look beyond the surface. Exploring definitely pays off.
The venue
The University of Warsaw is an institution with 200 years of tradition, 30 academic and research units, 21 faculties as well as 1600 research projects financed by national and international research programs. The historical Main Campus of the University of Warsaw, founded in 1816, is located north of the Vistula River in close proximity to the city center, around 40-50 minutes from the major international airport and 10-15 minutes from the international railway station. There is a regular bus line running daily between the airport and the venue. It is well connected to the downtown (bus, subway) with an average commute time from ten to fifteen minutes. Most hotels are situated either in the vicinity of the venue or downtown. The enchanting Krakowskie Przedmieście Royal Avenue, surrounded by prestigious manor-houses, palaces and notable institutions, runs to the north of the campus and links it with the Polish Academy of Sciences, the Presidential Palace and the Warsaw Old Town. Being a noble mixture of historical charm and modernity, the Royal Avenue is an attractive nightlife scene for tourists, residents and students.

The onsite part of JEMS 2022 Conference will be held at the University of Warsaw Old University campus in the heart of the center of historical Warsaw. Founded in 1816, the University of Warsaw (UW) is the largest (over 45,000 students) and according to the latest Shanghai Ranking also the best higher education establishment in Poland, positioned among the top 3% of the world’s best universities.
Address:
Krakowskie Przedmieście 26/28 Str.
00-927 Warsaw, Poland

The easiest way to get to the capital of Poland from any place around the globe is, of course, by plane. The city has 2 international airports and it is connected with over 180 direct flights. Except of domestic airline PLL LOT, planes from many international airlines land in Warsaw. There are direct flights to the Polish capital from most European destinations.
Warsaw Chopin Airport is located around 10 kilometres from the city centre. It is served by five bus lines, two of which reach the city centre directly – 175 and night bus N32. A railway connection with Chopin Airport is also available. If you decide to take a taxi, a fare to the centre should be around PLN 35-40 (EUR 10).
Warsaw Modlin Airport – a smaller airport servicing only budget airlines is situated in Modlin, 35 km from Warsaw, where the easiest way to get to the centre is to take a bus – ModlinBus (www.modlinbus.pl), which operates 24 hours a day. The trip takes around 50 minutes at the costs around PLN 35 (EUR 9). Another way to get to the city is by train. Journey takes around 1 hour 15 minutes and the ticket at the amount of PLN 19 (EUR 4) can be purchased in the Airport terminal. It is also possible to get to the city by taxi. Prices may vary between PLN 100-200 (EUR 25-50).

Warsaw is also well connected by rail to other European cities. There are three train stations in Warsaw that provide international and domestic train services:

* Warszawa Centralna (Central Warsaw) – situated in the city center and well connected to the public transportation network,
* Warszawa Zachodnia (West Warsaw) which is set next to the international bus terminal
* Warszawa Wschodnia (East Warsaw) located on the east bank of the Vistula River (Praga).

Train tickets can be purchased at the ticket windows in the stations or on the internet (http://rozklad-pkp.pl/en).

Warsaw is located in the heart of the country and has extensive road links with major cities south and west of Poland. One may also reach Poland heading from North taking one of many ferry services operating on the Baltic see. Main highways (A1 and A2) cross the country in basic directions (north - south, east - west).
Parking in the central area of Warsaw is generally available on-street where there are standard parking charges payable at roadside machines. Paid parking facilities are available as well.

EU citizens may use their home driving licenses as long as they are valid, however citizens of countries that didn't ratify the Vienna Convention (tsk, tsk Australia and America) will find their licenses invalid.

Accommodation
Warsaw has one of the most diverse selections of modern hotels in Europe: from international luxury chains to eco-friendly guesthouses, and from impressive boutique hotels to affordable hostels in central locations. Warsaw is a metropolis at a reasonable price! You may find a wide hotels and apartments offer at www.booking.com, www.hrs.com, www.trivago.pl, www.airbnb.pl and many others.